Most Peace Corps volunteers will tell you that in the first couple of months at your post you don’t really do a whole lot. Heck, even during your first year. Usually the first couple of months and year is really focused on integrating into the community and making as many connections as possible. Here in Morocco that means doing a lot of sitting around while eating bread and drinking tea! So the days leading up to heading to my final post I was mentally preparing myself for doing just that. Sitting, eating, and drinking and maybe, maaaybe starting to do something like teaching one or two English classes. Oh boy, was I wrong!!! But hey, this is Peace Corps we’re talking about. What ever you think is going to happen, more times then not, the opposite ends up happening! 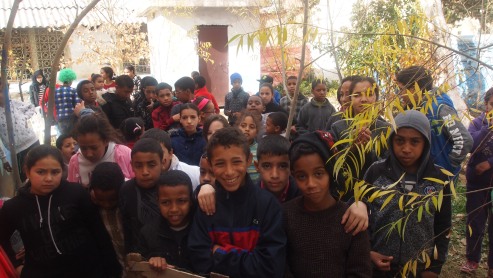 Only two days within arriving at my post my older “brother” Abdelhaq, who is president of the Association (i.e, community center) sat me down and asked me what I wanted to do. Caught completely off guard, I looked at him dumbfounded like I had no idea what he was talking about (which was partly true because he was talking to me so fast). In my broken Darija (Moroccan Arabic language) I just told him Peace Corps wanted us to start with teaching English, which is true because it’s the easiest thing to do with our limited language skills early on.

So just like that I started teaching English to the elementary school kids in my community! Which ended up being a total bust. The little kids were more excited to see me and be around me than learning English. The whole time that I was trying to teach, kids would be jumping up and down yelling “Audrey! Audrey! Salam! Salam!!!” They also said everything in a French accent because in elementary school they start learning French. We quickly learned teaching English to the little kids isn’t the best idea at this point, but hey, Peace Corps is also about a lot of trial and error.

Now I teach conversational English to the high school and middle school in my town for an hour Wednesday and Thursday, and on Friday and Saturday I teach adults. Which as of a couple weeks ago more women have been showing up, which is awesome!!! The women definitely are the best students in the classes.

Teaching English has been both fun and challenging. Challenging because Peace Corps doesn’t give us lessons plans to work from! So every week I have to write a lesson plan on what I’m going to teach that week and just pray that it goes somewhat smoothly. (Which let’s be real, is probably about half the time). Teaching English is very fun, because it’s sooo satisfying when they understand what I’m trying to teach/say in their Darija language or when they’re really getting into the language exercise I planned.

Sundays have now turned into teaching sports and fitness. With the help of my Association I’ve started up a girls basketball club. Every Sunday I teach basketball to the girls in my community. That sounds a lot more impressive then it is. It’s more like organized chaos with a basketball. But they seem to have fun and get exercise so that’s all that matters. Then Fatiha (my “sister”) found out that I had been doing yoga in my room and got mad at me for not teaching her, which then lead me to start teaching aerobic and yoga classes for the women in my community!  We’ve only had 2 classes so far, but they have been quite a blast! Full of lots of laughter as the women tried to move their bodies in ways they have never moved before. There was one point where we were all in the yoga position “downward dog” (on “all fours” with straight legs and arms) and I told them to walk their feet up to their hands on the floor and then slowly stand up. Half of them didn’t quite get it and instead started crawling across the floor. It was absolutely hilarious!!! The women really enjoy it and it’s now going to be an activity every Sunday. 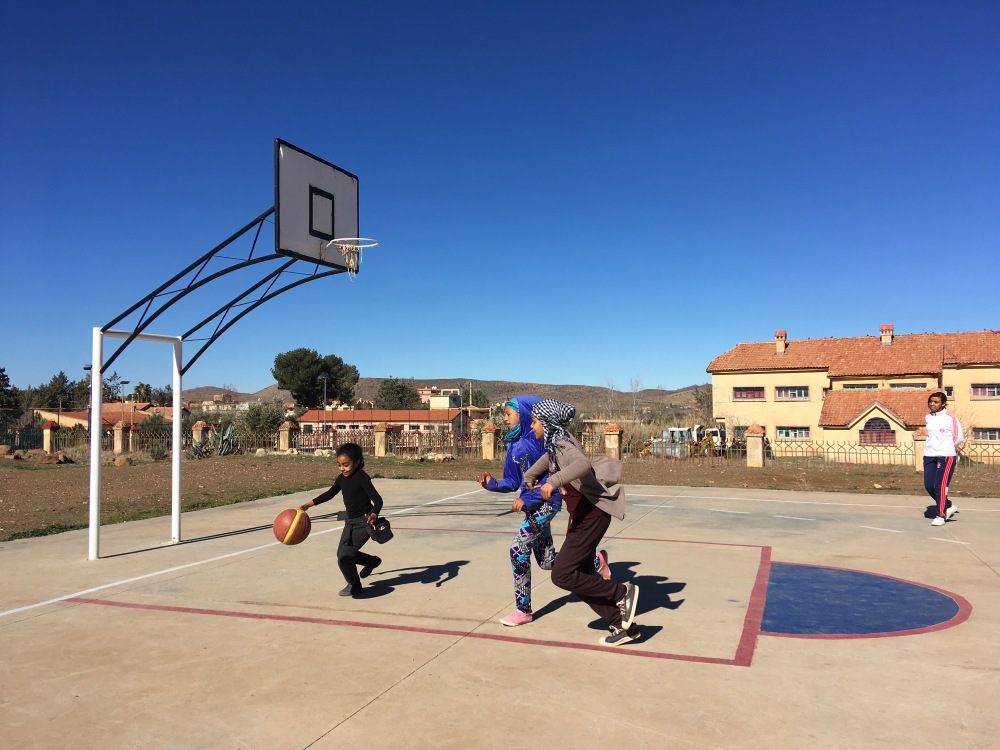 Besides teaching English and playing sports my Association and I are in the very early stage of starting up clubs in my community. So far we have:

And as for the mornings, twice a week I study Darija language with my tutor, and on Thursday I attend a sewing class at my Association with my sister Fatiha which has been a great way to meet the women in my community. 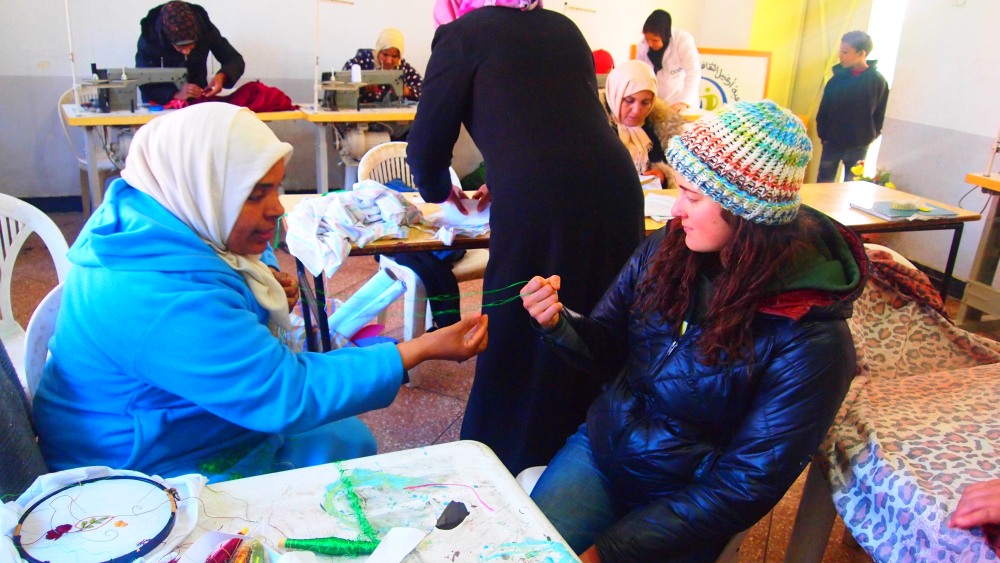 So yeah, so much for sitting and doing nothing my first couple of months!!! All I can say is I am so grateful for working with such an organized Association!! An Association that immediately opened their arms when I arrived. An Association that passionately listens to my ideas as I stumble through with my limited Darija language skills. An Association that re-explains things to me over and over again until I finally get it. None of this would have been possible without the help of everyone involved and for that I am truly grateful and can’t wait to see what the future has in store.